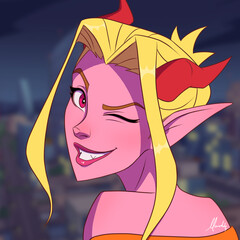 I am a mexican 2d artist with experience in character design, character development and background art for animated movies, animated series, advertising, videogames and printed media. I've have participated in projects for clients and studios in and out of Mexico like Ánima Estudios, Nickelodeon, Cartoon Network, Netflix, among others.